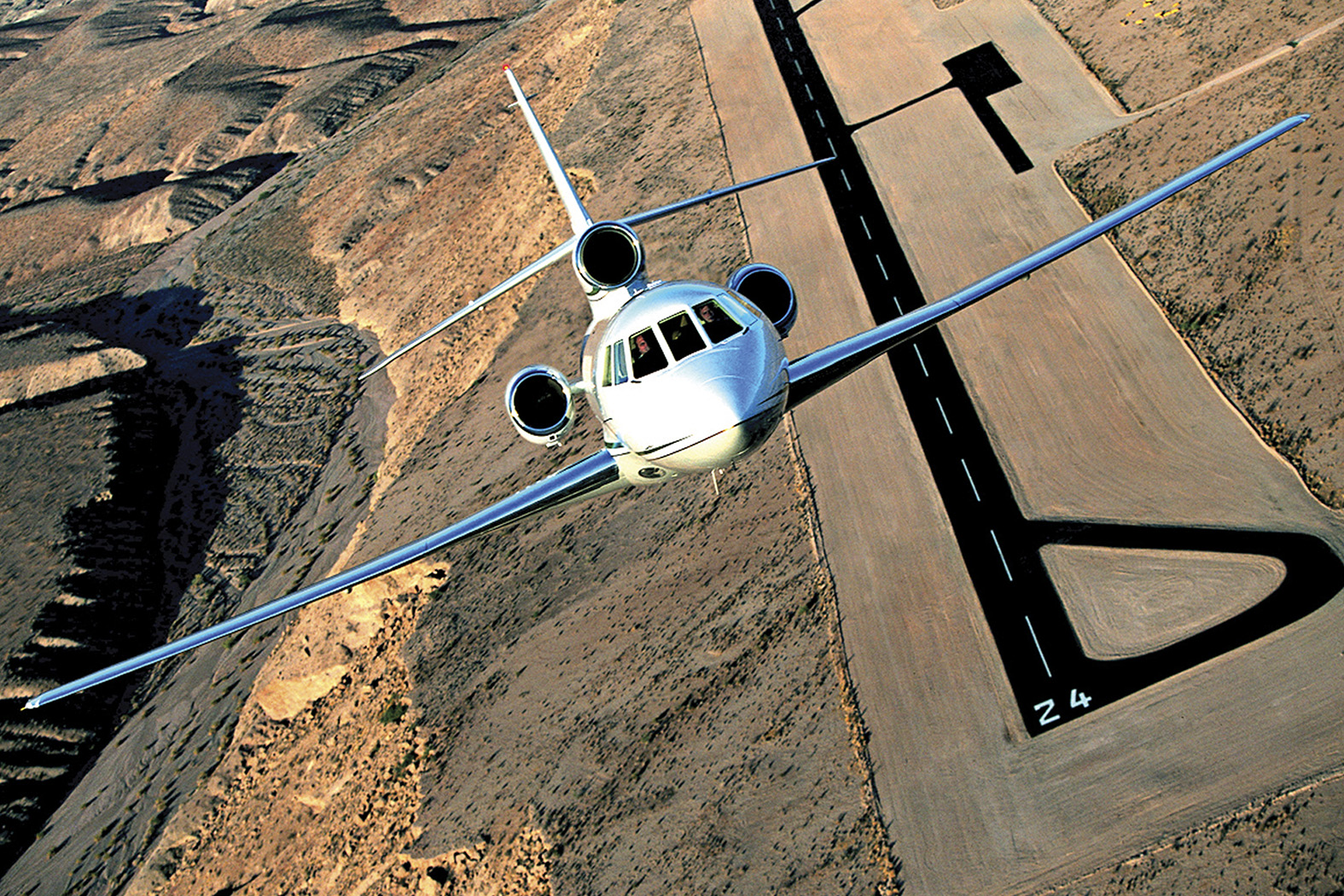 The Falcon 50 has the same fuselage cross-section and similar capacity as the earlier Falcon 20 twinjet. It was later replaced by the 50EX variant, with improved avionics, and acted as the predecessor to the Falcon 900 series. The last Falcon 50EX was built in 2007, meaning that there are still many available on the charter market, with impressive features and sleek interiors. 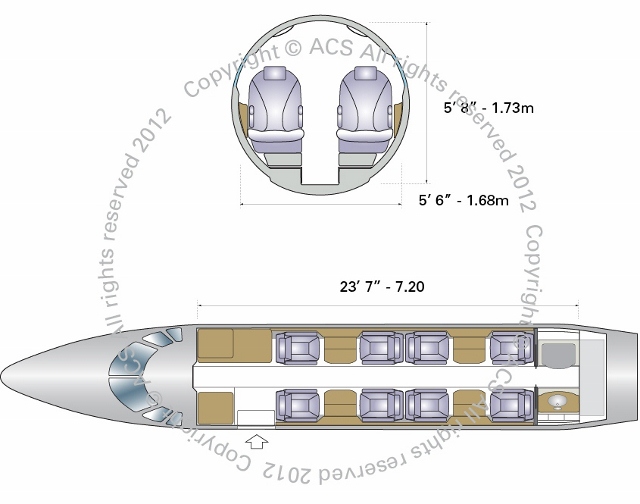